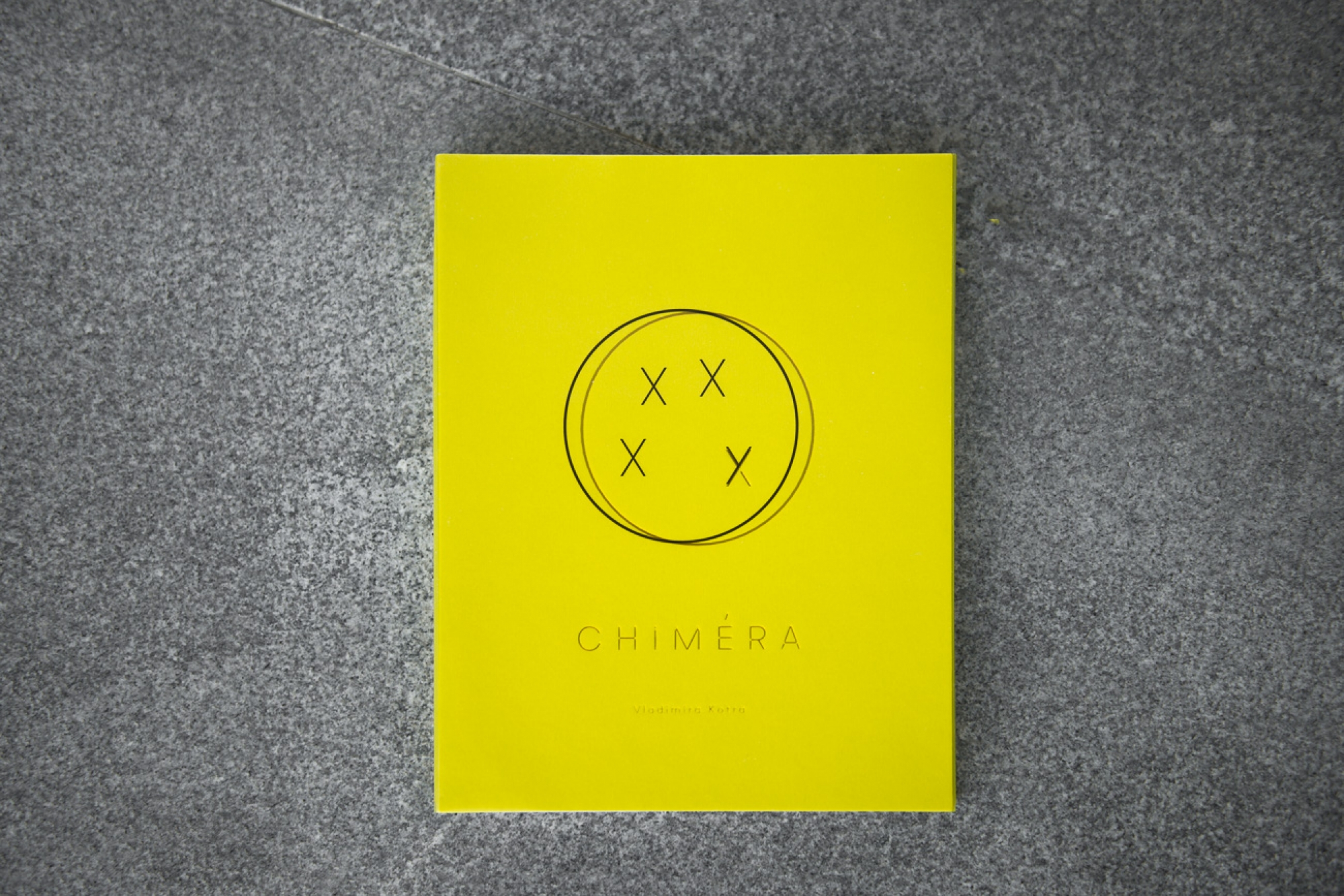 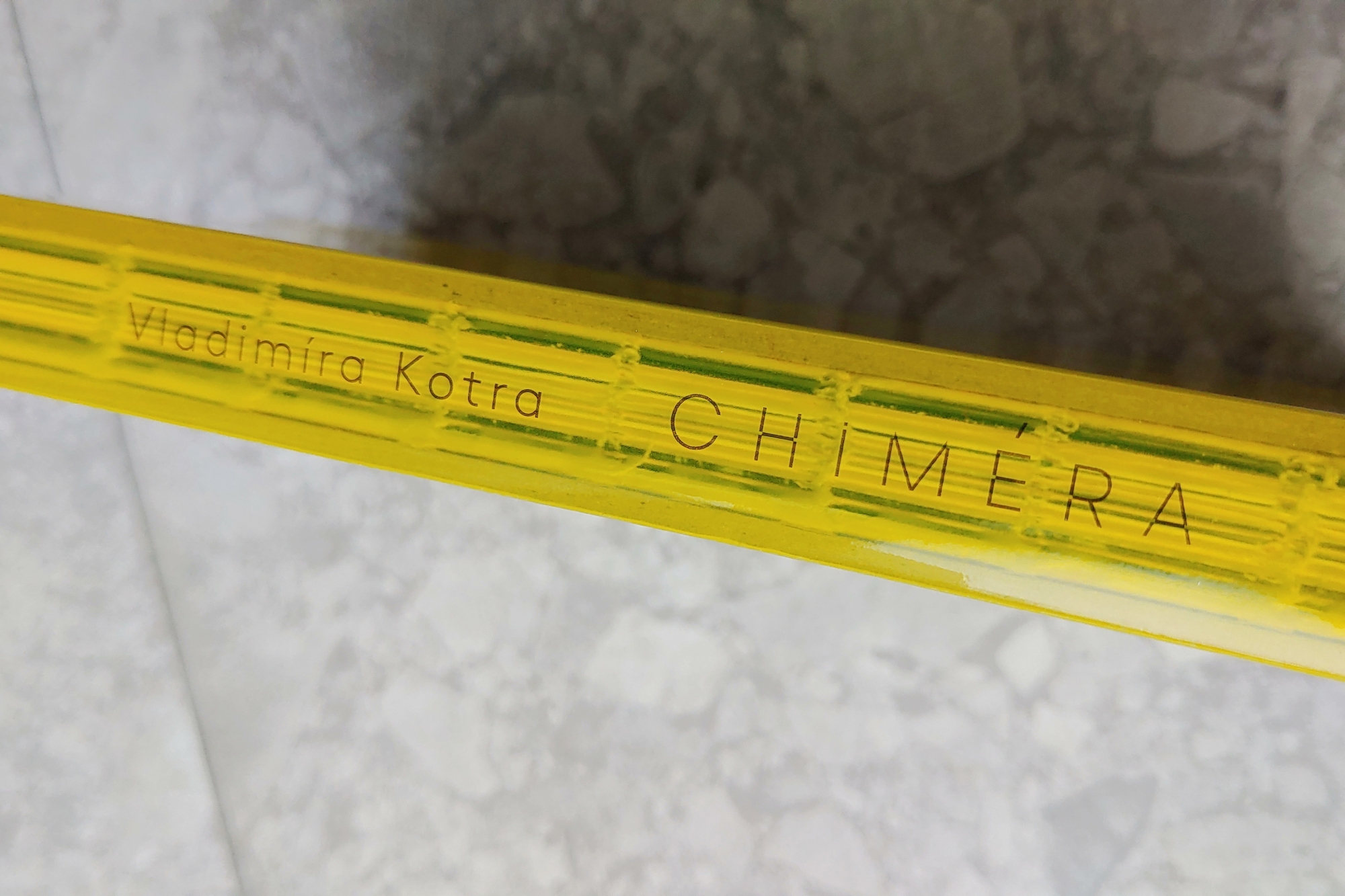 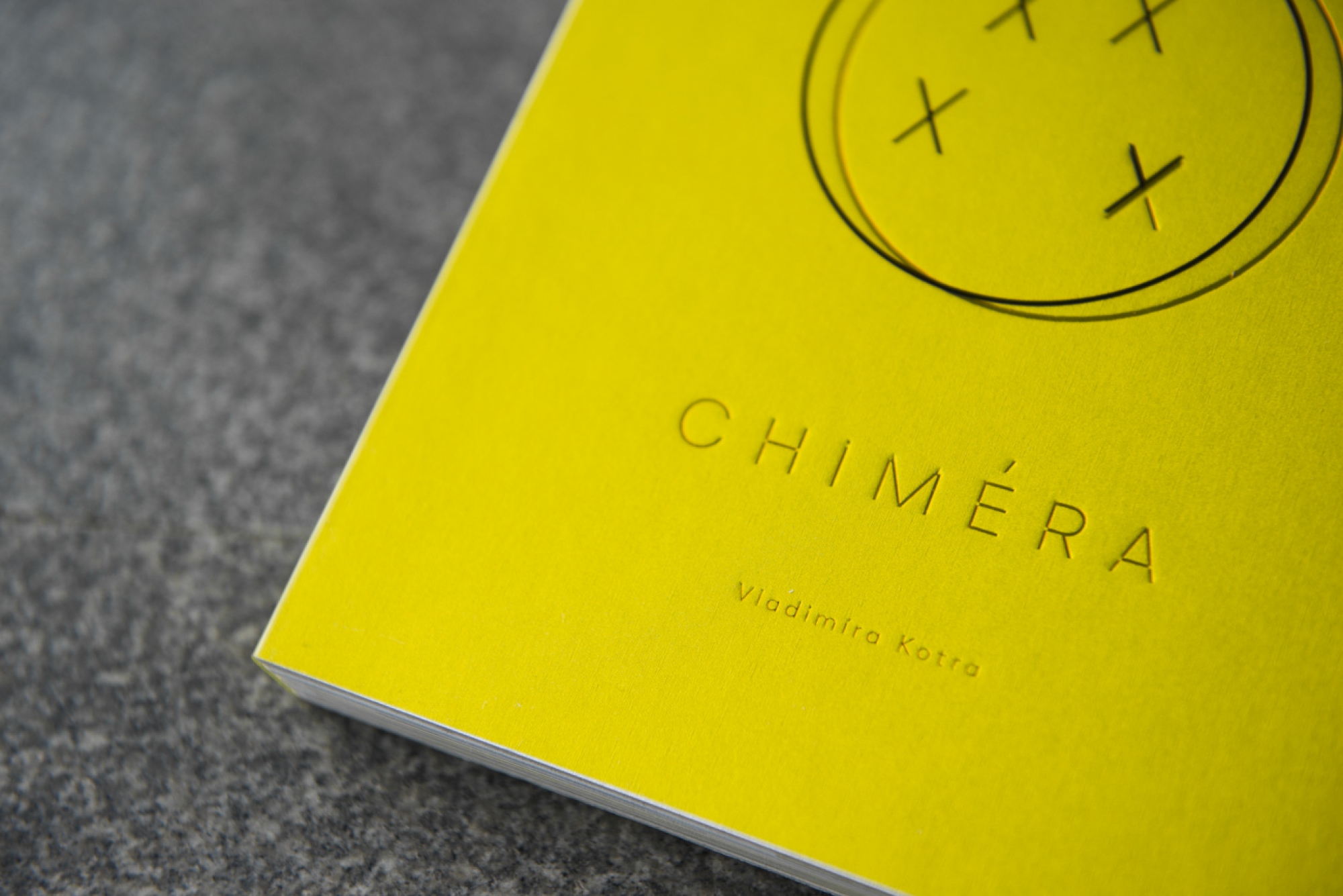 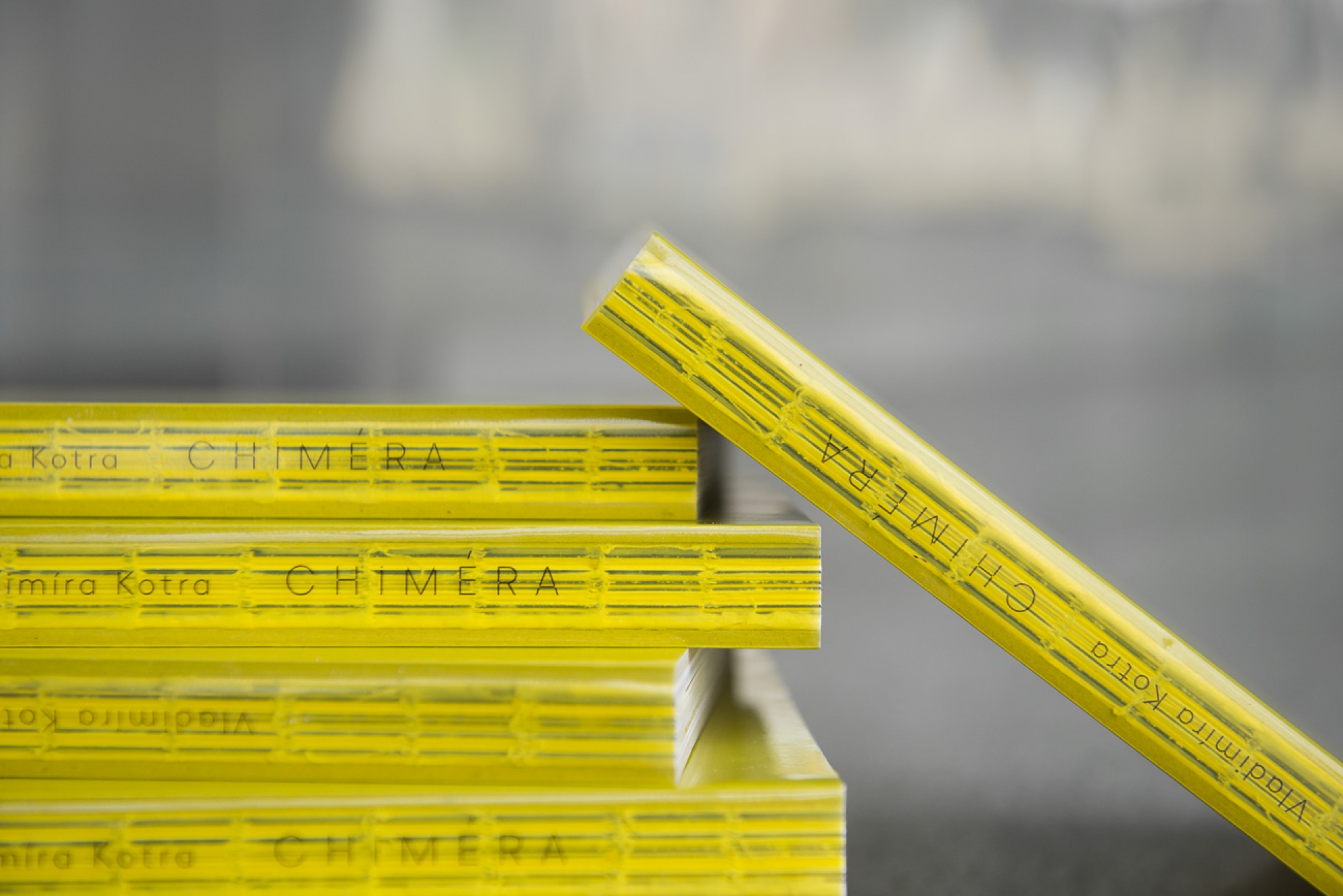 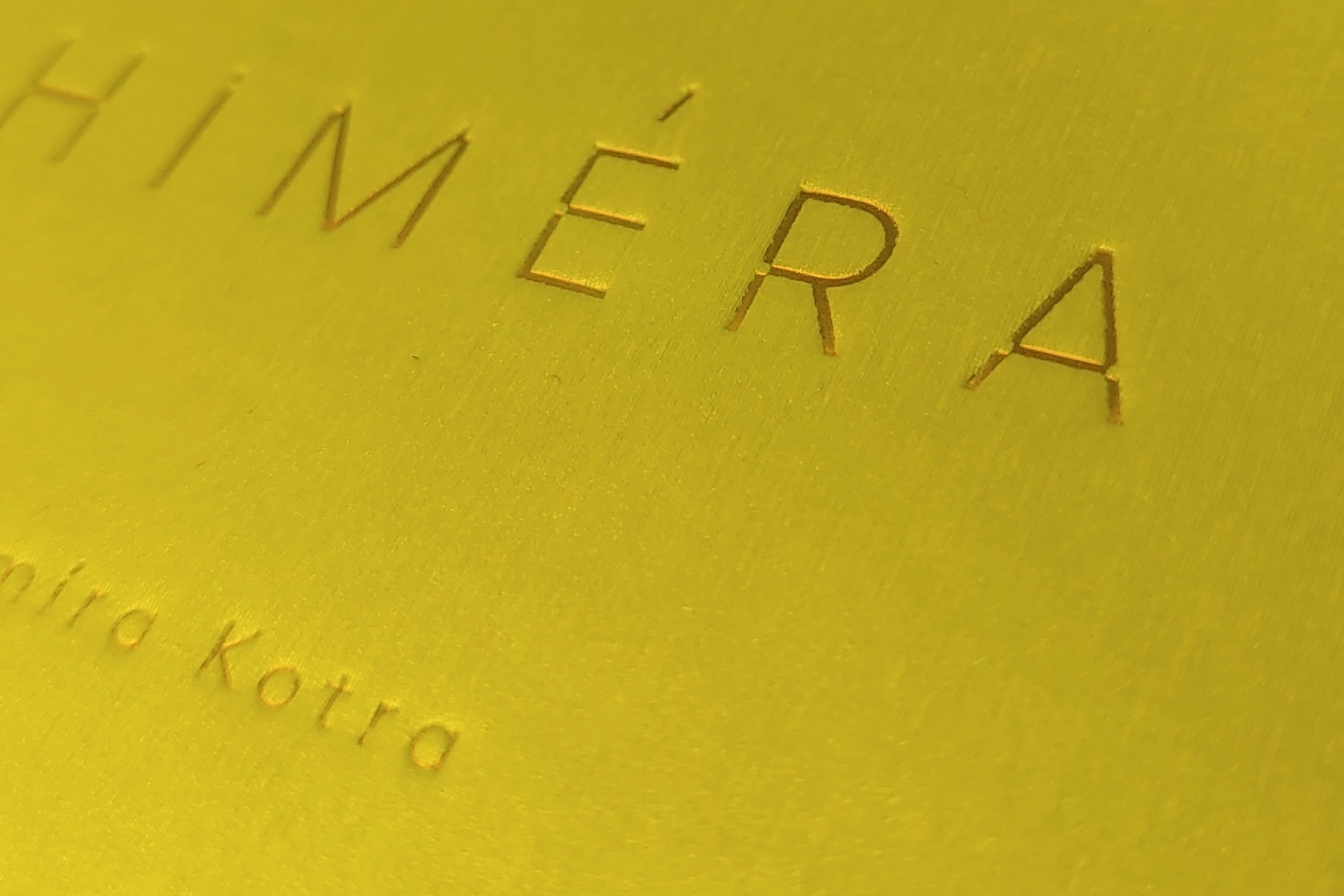 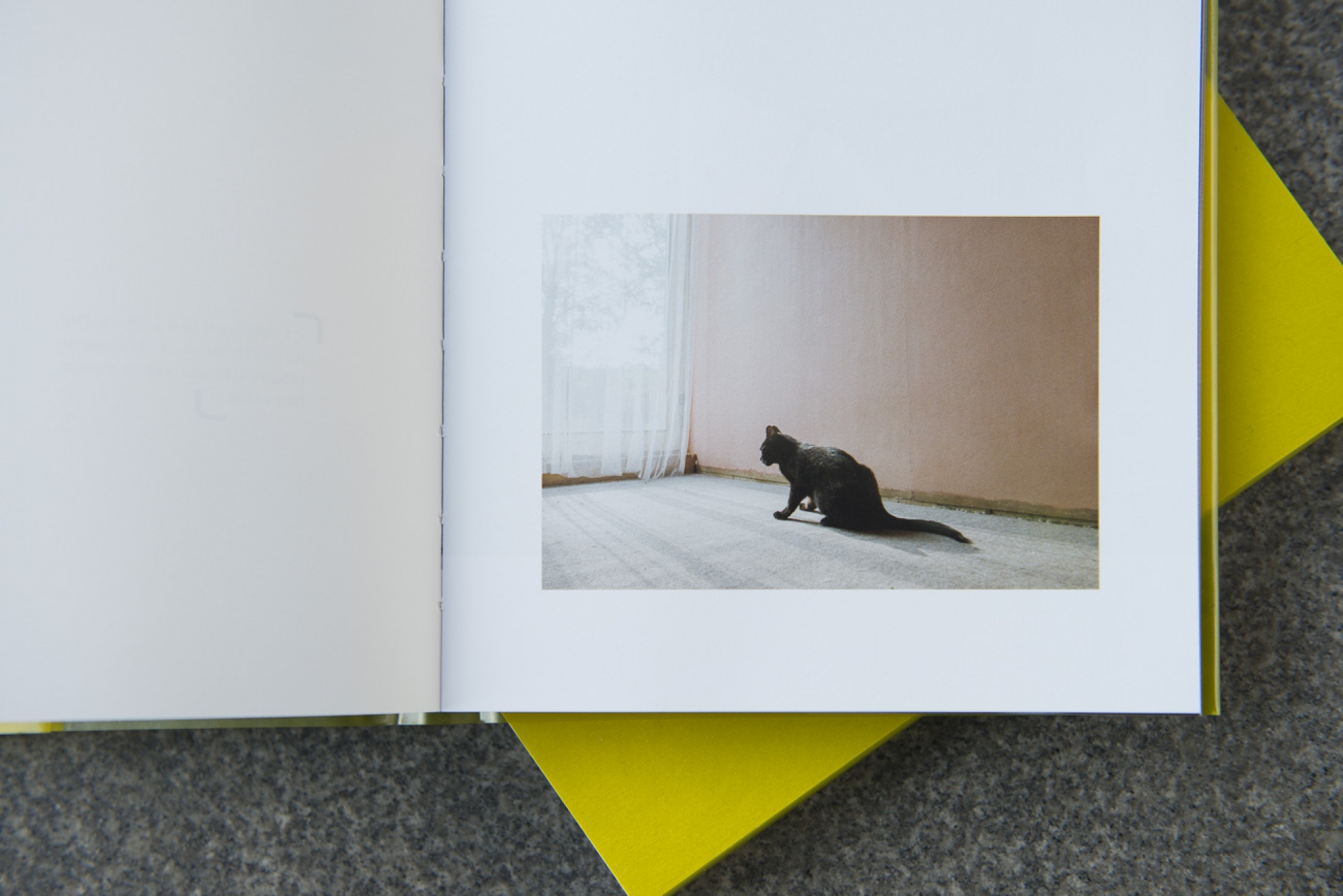 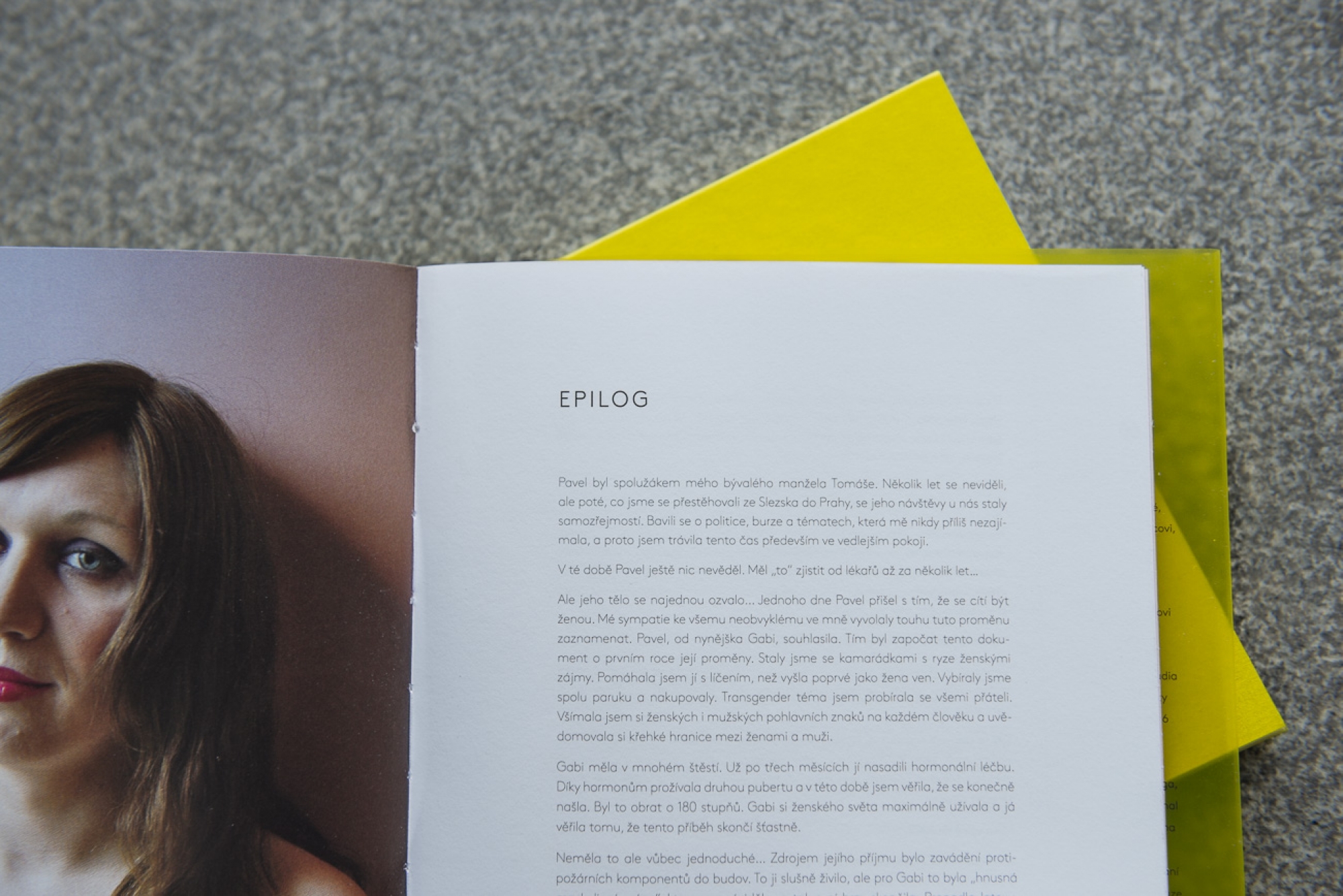 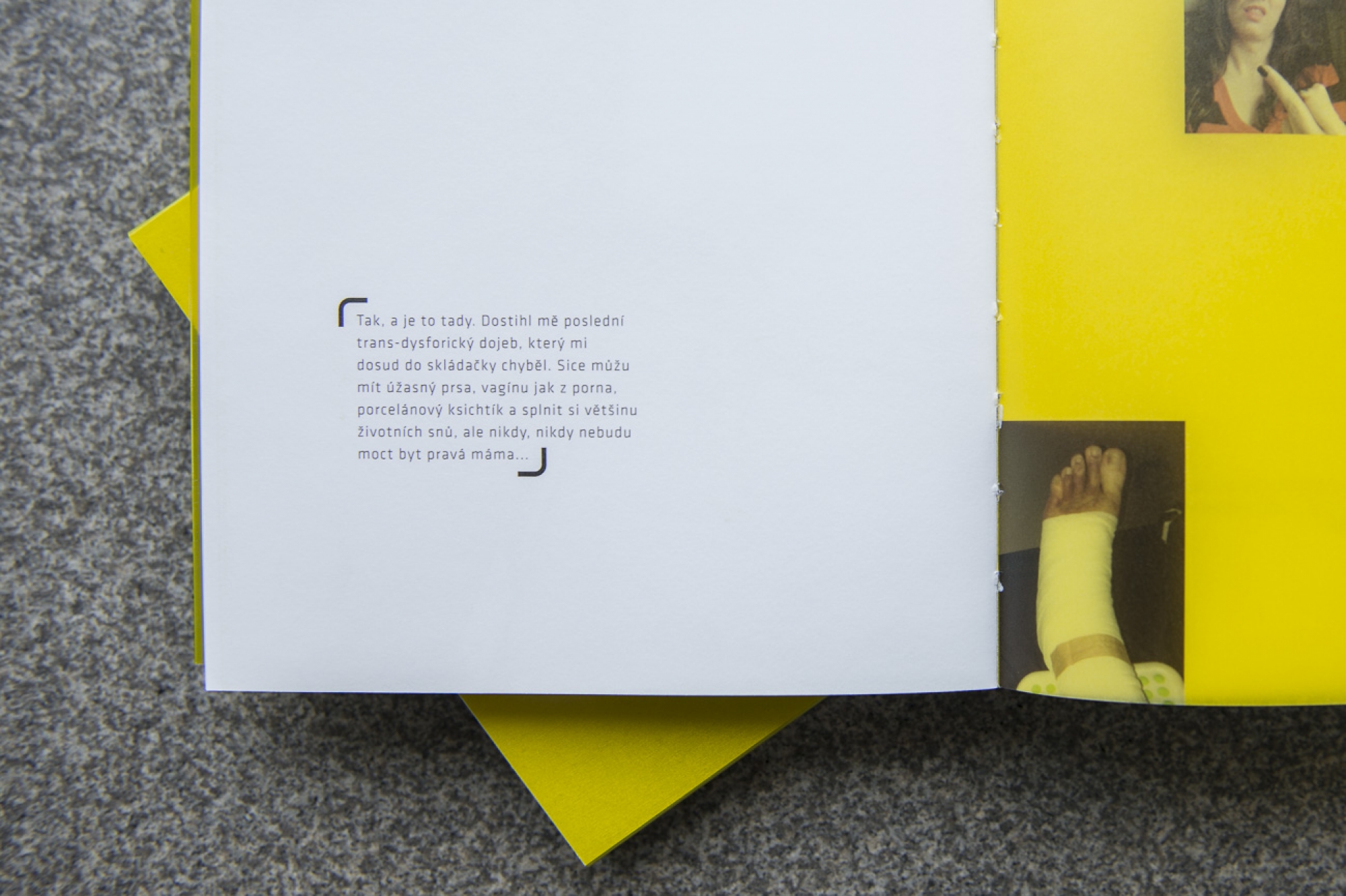 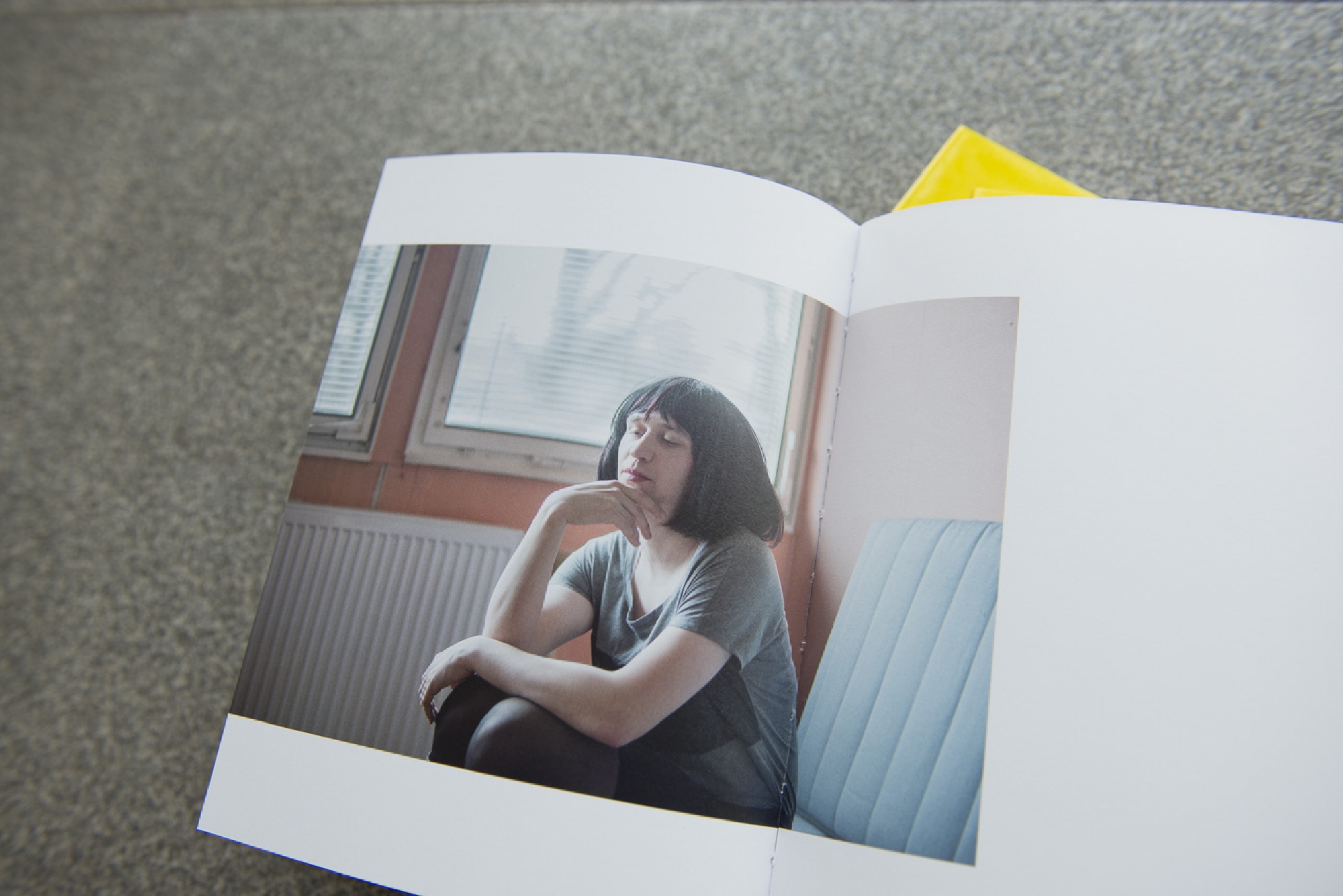 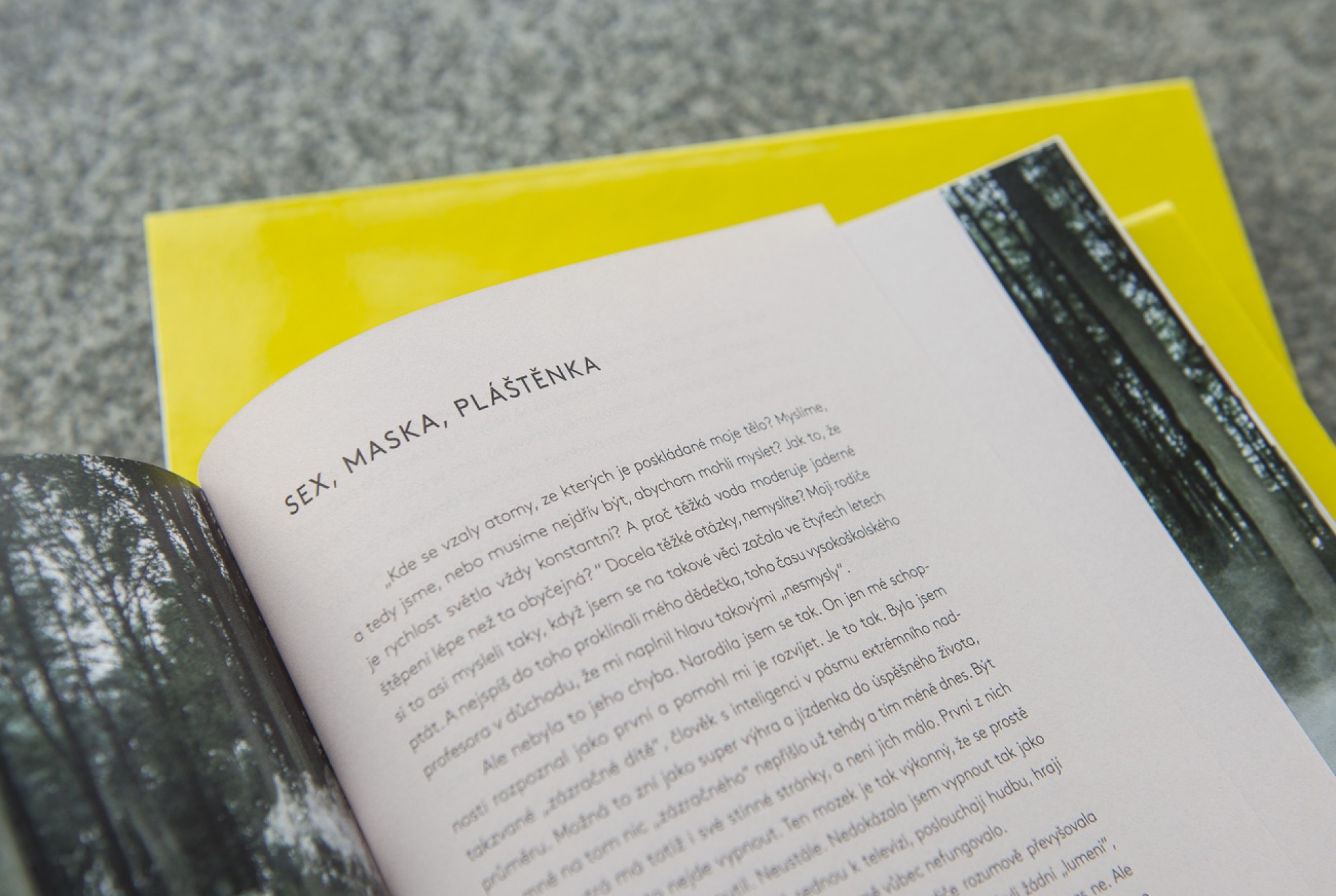 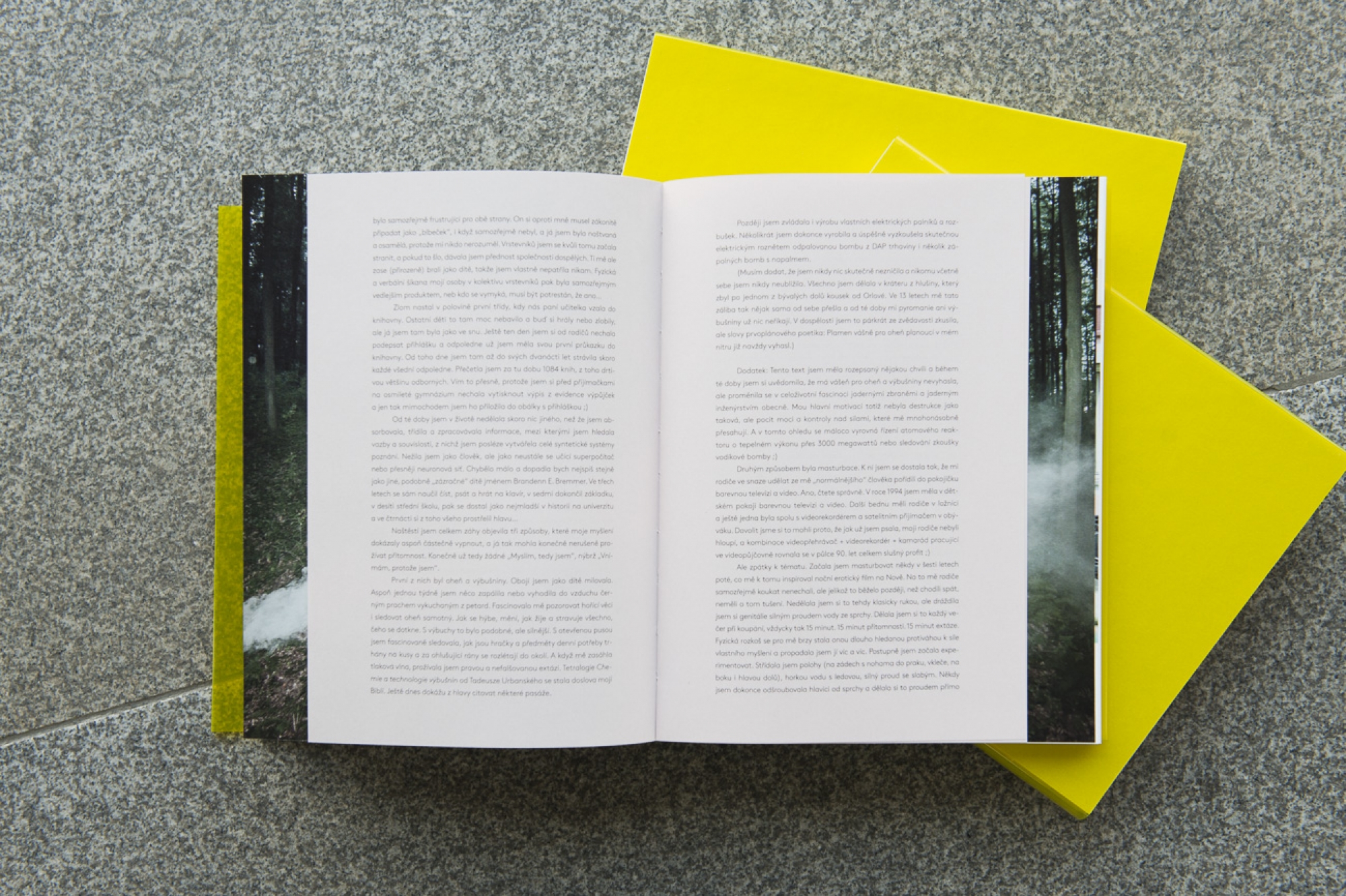 The Mushroom On The Walk made design and typography of the Chimera PhotoBook, which is about transformation men to women. The author of the book is the photographer Vladimír Kotra. 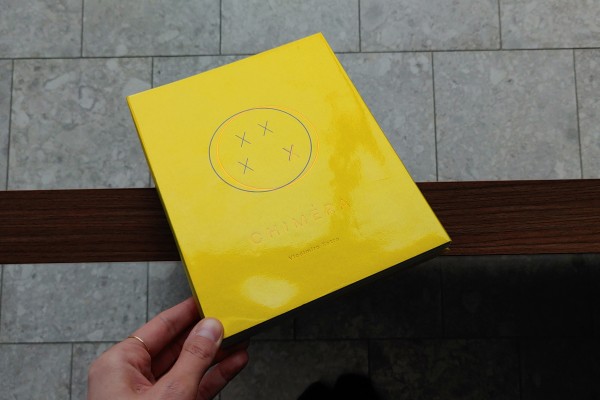 It is a limited edition of 60 english copies awarded photobook. Chimera was shortlisted in Kassel Dummy Award 2018 and Self Publish Riga 2018 and it was chosen as a finalist of Photo book showcase 2018 at Singapore International Photography Festival. For the series of portraits contained in the book, Vladimíra was a finalist in the Portrait category of the 2016 Czech Press Photo Award.

It is an extraordinary story of a man who has never fit into the usual boxes of conformity. Reading encyclopaedias since childhood, preparing explosives at the age of twelve and exploring many sexual practices and drugs in puberty. Still searching for something. As an adult he settled down, got married, but one day he realized, that he is a woman.

In the beginning she was full of euphoria, joy and passion for all the new moments in her role as a woman. But later on she started to fell into dysphoria and hatred of her own body. She started to realize that she will never be a real, perfect woman with the ability to bring a child into this world. The book ends with her Goodbuy letter.

"I created the book with the intention to portray the feelings of someone, who has decided for a sex change. Therefore I added her selfies, blog posts and facebook statuses next to my photos. So you can see the changes of her mood through time. It is an author book, where every detail, type of paper, framing, and the whole play with duality and contrast has its own deep meaning."
(Vladimíra Kotra)

Natálie Drtinová: „In Vladimíra Kotra's photography project the notion of intersex intertwines with another abnormality – with the protagonist Gabi's transgender identity. The Chimera projects is a personal and tender testimony of the process of a transformation and its most visible physical layer, reflected in photos both by the photographer and by Gabi herself. This series captures a particular moment in Gabi's life when she had to learn to be a woman, fulfilled her longtime desires, but also societal demands and expectations. The photographic and more documentary part is accompanied by Gabi's texts. Her facebook statuses, longer posts and diary-like entries reveal the chaos in this woman's mind and her struggle of trying to find both herself and a happy and balanced life. While all these texts are authentic, there's a lingering sense of doubt if all of the information is completely true, like regarding Gabi's intersex status. It would be wrong to perceive the Chimera project only as a testimony of a solely bodily transformation, just as it would be wrong to perceive the process of transition as a necessary evil, required to get from A to B, from one side of the binarity to the other one. This moment contains a disruptive potential which poses a threat to the seemingly natural order of things. This project reveals a state that is being either overlooked and ignored or is being perceived as a deviation from the norm through a medicine discourse. The power of this project lies in its ambivalence and ambiguity, in the emphasis on being somewhere between the two binary poles and refusing those views supported by natural sciences that describe human bodies, sex, gender, sexuality, but also our psyche in terms of norms and abnormalities, within an oppositional binarity framework."